There is a strong consensus that patients with symptomatic sinus node disease will benefit from cardiac pacing for symptom relief (class 1 recommendation with level of evidence B). Demonstrating a clear cause–effect relationship between symptoms and sinus node disease is often difficult to achieve. When the evidence is non-conclusive, the ESC warrants a IIb – C recommendation for pacemaker implantation. Asymptomatic sinusbradycardia or sinusbradycardia causes by reversible causes is no indication for implantation (III C).

Table adjusted from the ESC guideline for sinus bradycardia: 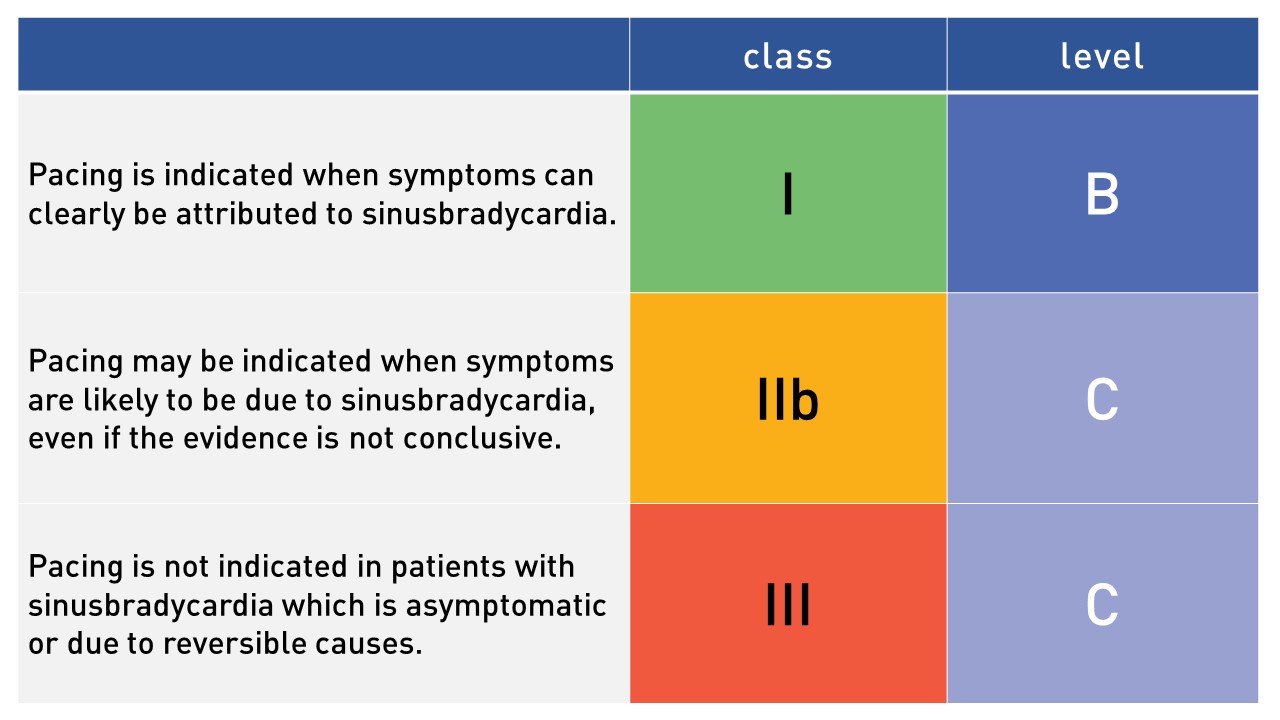 There is also strong consensus that permanent cardiac pacing is indicated in patients with third- or second degree type 2 AV block, regardless of symptoms (I C recommendation). In patients with type I second-degree AV block, the decision about pacing is controversial, taking into account the severity of symptoms and the risk of progression to complete AV block. In patients with second-degree type 1 AV block which causes symptoms or is found to be located at intra- or infra-His levels at electrophysiological study, pacemaker implantations should be considered (IIa C recommendation).

Table adjusted from the ESC guideline for AV block: 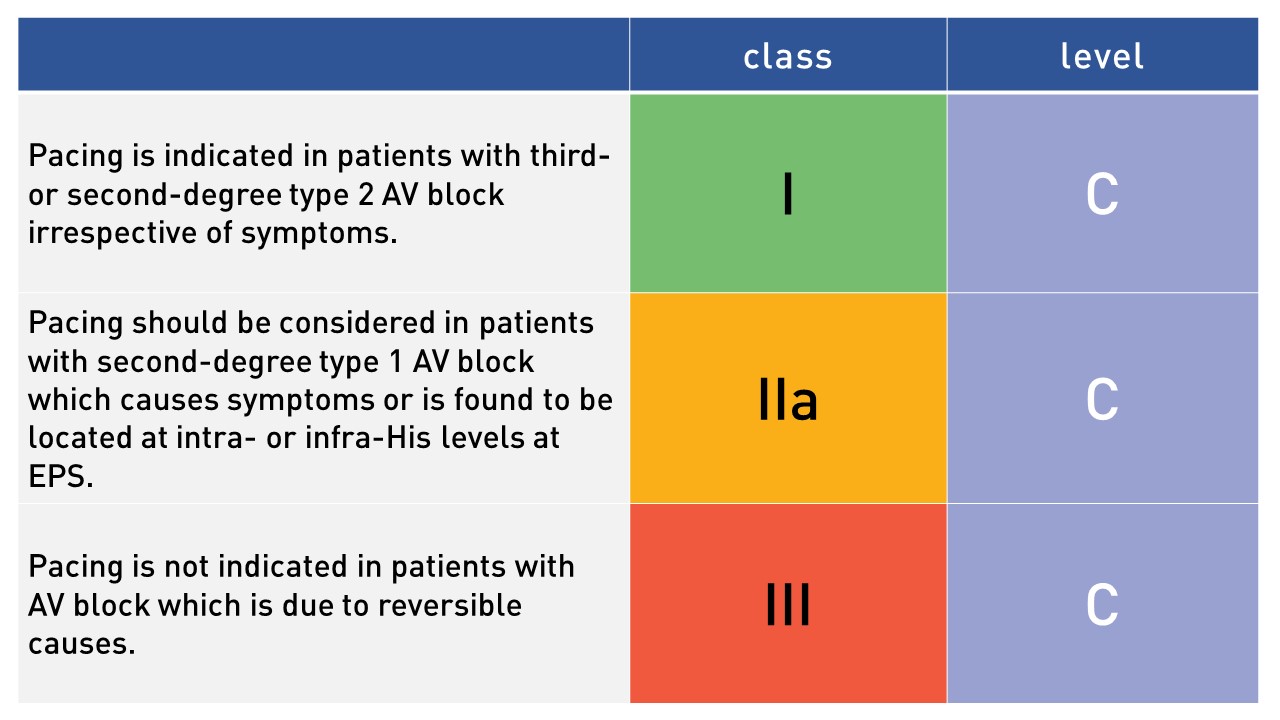 You have already completed the case before. Hence you can not start it again.

You must first complete the following:

Case complete. Results are being recorded.

Share this page:
This web site uses cookies to store information on your computer. Some cookies are essential to the operation of our site, while others are designed to improve the user experience. By browsing our site, you are informed to the use of these technical and functional cookies. You can change the cookie settings at any time by modifying the parameters of your browser. Other cookies may be subject to your prior consent.
Read MoreCookie settingsACCEPT
Privacy & Cookies Policy